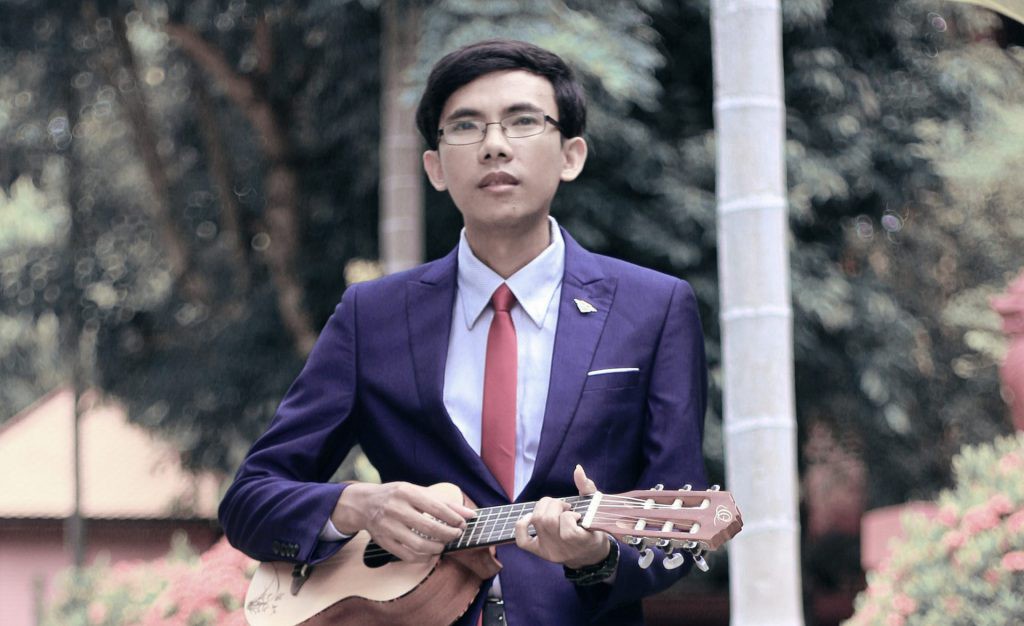 If you love listening to music, you’re in good company. Charles Darwin once remarked, “If I had my life to live over again, I would have made a rule to read some poetry and listen to some music at least once every week.” Albert Einstein declared, “If I were not a physicist, I would probably be a musician.” Jimi Hendrix called music his “religion.”

I’ve always been in awe of people who can sing and play guitar. As a young girl, I secretly listened to singer-songwriter music in my bedroom into the wee hours. As a rebellious teenager, I cranked rock ‘n’ roll in the house whenever I had to do chores. I always felt great afterwards – now I know why.

Recent research shows that listening to music improves our mental well-being and boosts our physical health in surprising and astonishing ways. If we take a music lesson or two, that musical training can help raise our IQs and even keep us sharp in old age. Here are 15 amazing scientifically-proven benefits of being hooked on music.

“I don’t sing because I’m happy; I’m happy because I sing.” – William James

Research proves that when you listen to music you like, your brain releases dopamine, a “feel-good” neurotransmitter. Valorie Salimpoor, a neuroscientist at McGill University, injected eight music-lovers with a radioactive substance that binds to dopamine receptors after they listened to their favorite music. A PET scan showed that large amounts of dopamine were released, which biologically caused the participants to feel emotions like happiness, excitement, and joy.[1]

So the next time you need an emotional boost, listen to your favorite tunes for 15 minutes. That’s all it takes to get a natural high!

“If people take anything from my music, it should be motivation to know that anything is possible as long as you keep working at it and don’t back down.” – Eminem

“I think music in itself is healing. It’s an explosive expression of humanity. It’s something we are all touched by. No matter what culture we’re from.” – Billy Joel

Listening to music you enjoy decreases levels of the stress hormone cortisol in your body, which counteracts the effects of chronic stress.[3] This is an important finding since stress causes 60% of all our illnesses and disease.[4] One study showed that if people actively participated in making music by playing various percussion instruments and singing, their immune system was boosted even more than if they passively listened.[5]

To stay calm and healthy during a stressful day, turn on the radio. Be sure to sing along and tap your feet to the beat to get the maximum healing benefit.

“Music washes away from the soul the dust of everyday life.” – Berthold Auerbach

If you’re having trouble sleeping, try listening to a little Bach or Mozart before bedtime to catch some Zs.

“Music was my refuge. I could crawl into the space between the notes and curl my back to loneliness.” – Maya Angelou

More than 350 million people suffer from depression around the world.[8] A whopping 90% of them also experience insomnia.[9] The sleep research above found that symptoms of depression decreased significantly in the group that listened to classical music before bedtime, but not in the other two groups.

Another study by Hans Joachim Trappe in Germany also demonstrated that music can benefit patients with depressive symptoms, depending on the type of music. Meditative sounds and classical music lifted people up, but techno and heavy metal brought people down even more.[10]

The next time you feel low, put on some classical or meditative music to lift your spirits.

“There’s a friendly tie of some sort between music and eating.” – Thomas Hardy

Research at Georgia Tech University showed that softening the lighting and music while people ate led them to consume fewer calories and enjoy their meals more. If you’re looking for ways to curb your appetite, try dimming the lights and listening to soft music the next time you sit down for a meal.[11]

7. Music Elevates Your Mood While Driving

“That’s what I love. Not being interrupted, sitting in the car by myself listening to music in the rain. There are so many great songs yet to sing.”  – Alison Kraus

A study in the Netherlands found that listening to music can positively impact your mood while driving,[12] which can lead to safer behavior than not listening to music. The next time you feel frustrated in traffic, turn up the tunes to improve your state of mind. It won’t hurt your driving performance – it may even help you drive more safely.

“Music is the language of memory.” – Jodi Picoult

Researchers discovered that music can help you learn and recall information better, but it depends on how much you like the music and whether or not you’re a musician. Subjects memorized Japanese characters while listening to music that either seemed positive or neutral to them.[13] The results showed that participants who were musicians learned better with neutral music but tested better when pleasurable music was playing. Non-musicians, on the other hand, learned better with positive music but tested better with neutral music.

Memorize these results. You now have a strategy to study more effectively for your next test.

“He who sings scares away his woes.” – Miguel de Cervantes

Researchers found that listening to relaxing music before surgery decreases anxiety.[14] In fact it’s even more effective than being orally administered Midazolam, a medication often used to help pre-op patients feel sleepy that also has gnarly side effects such as coughing and vomiting. Other studies showed that listening to soothing music while resting in bed after open heart surgery increases relaxation.[14]

Globally, 234 million major surgeries are performed each year.[15] If you or someone you know is going into surgery, be sure to bring some soothing tunes to ease anxiety. It may work better, and will certainly have fewer adverse side effects, than the meds they dispense.

“One good thing about music, when it hits you, you feel no pain.” – Bob Marely

Research at Drexel University in Philadelphia found that music therapy and pre-recorded music reduced pain more than standard treatments in cancer patients. Other research showed that music can decrease pain in intensive care patients and geriatric care patients, but the selection needed to be either classical pieces, meditative music, or songs of the patient’s choosing.

Bob Marely was right about this one – listen to music you love to take your pain away.

“The past, which is not recoverable in any other way, is embedded, as if in amber, in the music, and people can regain a sense of identity.” – Oliver Sacks, M.D.

A non-profit organization called Music & Memory helps people with Alzheimer’s Disease and other age-related dementias remember who they are by having them listen to their dearest songs. The awakening is often dramatic. For example, after Henry listens to music from his era, this wheelchair-bound dementia sufferer who can barely speak sings Cab Calloway songs and happily reminisces about his life .

Dr. Laura Mosqueda, Director of Geriatrics at the University of California at the Irvine School of Medicine, explains that because music affects so many areas of the brain, it stimulates pathways that may still be healthy.[16]

One in three seniors die with Alzheimer’s Disease or another dementia,[17] so odds are you know someone who has it. To connect with loved ones who suffer from age-related dementia, try playing some of their best-loved music.

“I know why the caged bird sings.” – Maya Angelou

Research at the University of Helsinki showed that stroke patients who listened to music they chose themselves for two hours a day had significantly improved recovery of cognitive function compared to those who listened to audio books or were given no listening material.[18] Most of the music contained lyrics, which suggests that it’s the combination of music and voice that bolstered the patients’ auditory and verbal memory.

Stroke is the number 5 cause of death in the United States.[19] If you know someone who has suffered a stroke, bring their favorite songs as soon as you can. Listening to them can significantly ramp up their recuperation.

“Music is to the soul what words are to the mind.” – Modest Mouse

After only one month of music lessons (in rhythm, pitch, melody and voice), a study at York University showed that 90% of children between the ages of 4 and 6 had a significant increase in verbal intelligence.[20] Researcher Sylvain Moreno suggests that the music training had a “transfer effect”[21] which enhanced the children’s ability to understand words and explain their meaning. Other research found that musically trained adult women and musically trained children outperformed those without music training on verbal memory tests.

No matter whether you’re an adult or a child, if you want to boost your verbal skills, try taking music lessons!

Research shows that taking music lessons predicts higher academic performance and IQ in young children.[22] In one study, 6-year-olds who took keyboard or singing lessons in small groups for 36 weeks had significantly larger increases in IQ and standardized educational test results than children who took either drama lessons or no lessons. The singing group did the best.

To help your children achieve academic excellence, encourage them to sing or learn to play an instrument.

“Music is the true breath of life. We eat so we won’t starve to death. We sing so we can hear ourselves live.” – Yasmina Khadra

A study with healthy older adults found that those with ten or more years of musical experience scored higher on cognitive tests than musicians with one to nine years of musical study.[23] The non-musicians scored the lowest. “Since studying an instrument requires years of practice and learning, it may create alternate connections in the brain that could compensate for cognitive declines as we get older,” says lead researcher Brenda Hanna-Pladdy.

Business magnate Warren Buffet stays sharp at age 84 by playing ukulele. It’s never too late to play an instrument to keep you on top of your game.

Plato had it right when he said, “Music and rhythm find their way into the secret places of the soul.” No matter whether you’re young or old, healthy or sick, happy or sad, music can improve the quality of your life in numerous ways. It reduces stress and anxiety, lifts your mood, boosts your health, helps you sleep better, takes away your pain, and even makes you smarter.

New research shows that music “can communicate basic human feelings regardless of the listener’s cultural and ethnic background.” We’ve only just begun to understand all the ways this universal language can profit the world.[24] Rather than cut funds for music and art programs in schools, why not invest in exploring all the secret places that music reaches so that we may continue to reap its amazing benefits? 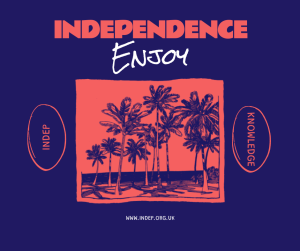