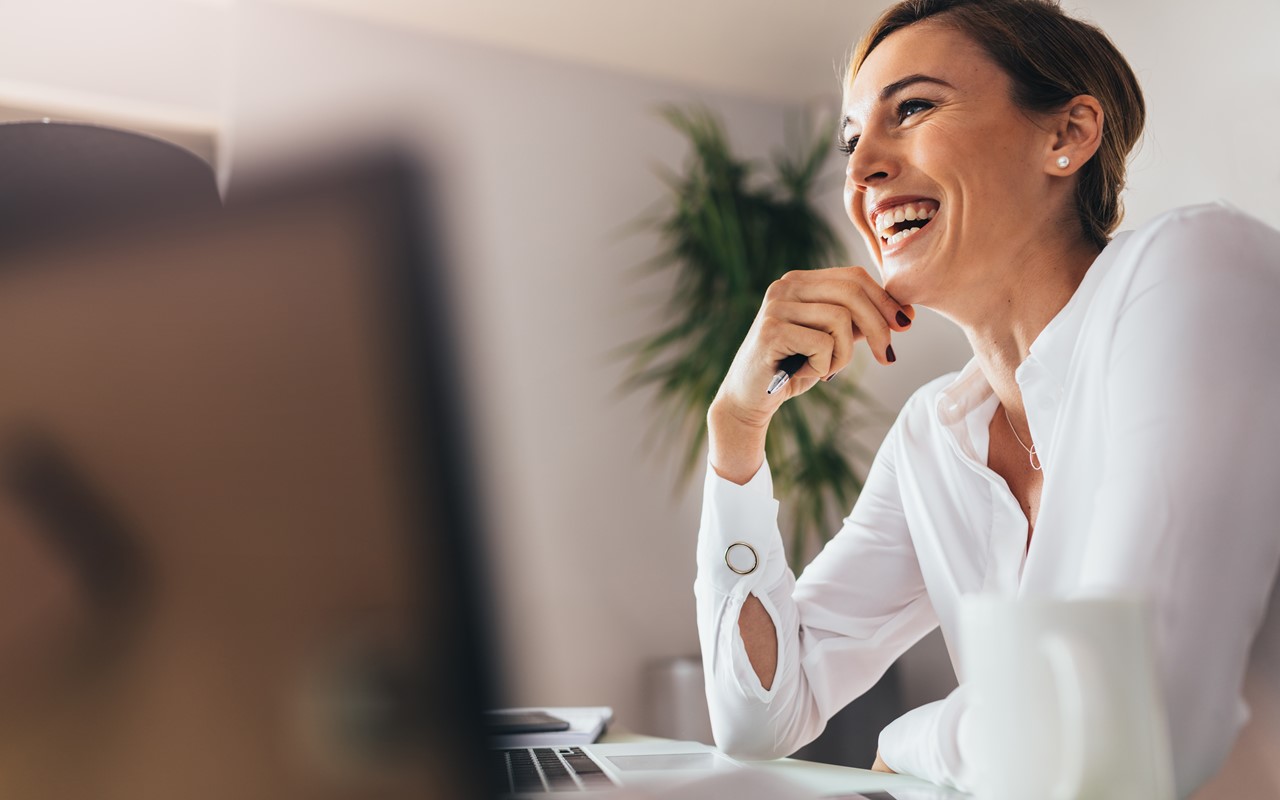 Happiness is an elusive goal; everyone seems to want it, but if it were easy to attain, the whole world would be happy and we wouldn’t need to keep searching for it. It’s not easy to be happy most of the time, but there are some tips that we can apply to make us happier.

Here are ten scientific ways you can change your life to make your days just a bit more joyful:

It is one of the most common New Year’s Resolutions, and science has proven why exercise is very important in our life. A study cited in the book: “The Happiness Advantage” also confirmed the importance of exercise on our happiness level.

“The groups were then tested six months later to assess their relapse rate. Of those who had taken the medication alone, 38 percent had slipped back into depression. Those in the combination group were doing only slightly better, with a 31 percent relapse rate. The biggest shock, though, came from the exercise group: Their relapse rate was only 9 percent!”

This study shows that exercise has the biggest effect in reducing depression.

Here’s another study in the Journal of Health Psychology that also found that people who exercised are happier because they feel better about their bodies.

All the evidence has shown that the benefits of exercise include a happy life, so what are you waiting for? Start exercising now. Start small and build a habit of routine exercising, so that you will be happier.

We spend roughly one third of our lives sleeping, so you cannot underestimate the importance of sleep for the quality of our lifes. Here’s an interesting study in 2011 from BPS Research Digest that shows how sleep affects our happiness. The research found that people who take an afternoon nap are desensitized to negative emotions yet more responsive to positive ones.

This research shows that not only does sleep deprivation cause emotional problems, a sleep boost can bring emotional advantage. In other words, a good quality sleep does make people more positive and overally happier.

3. Put down your cellphone

A study by Kent State University surveyed more than 500 students and found that frequent cellphone use was associated with lower grades, higher anxiety, and reduced happiness.

“It’s likely that people spending more time on devices have less frequent contact with live social networks, and may be more vulnerable to social comparison that leaves them with a sense of emptiness,” says Ramani Durvasula, PhD, licensed clinical psychologist and professor of psychology at California State University in Los Angeles. “And anxiety may be due to the ‘I don’t want to miss out on anything’ effect – seeing everyone else’s social calendar makes it difficult to stay present in their own lives.”

Even Aristotle extolled moderation in all things. Cell phone and technology is no exception. Excessive use of even the best technologies reduces our happiness in meaningful ways. So, put down your cellphone and your happiness level will surely improve.

Perhaps you have heard about it before, but one of the top five regrets of the dying people is not spending enough time or staying in touch with friends and family. Spending more time with the people we care about is very beneficial to improving our happiness and our overall quality of life.

Dan Gilbert, a Professor of Psychology in Harvard University explains it very well:

Interestingly, not only that your social relationship can make you happier, it will also make you live a richer life. A study published in the Journal of Socio-Economics used a shadow pricing method and estimates that your relationships are worth around an additional $131,232 a year.

So, just call your cousin who lives in another city and catch up with them on the phone. That will actually make you happier.

Shawn Achor, who has lectured at Harvard University and Wharton School of Business, wrote in his book: ”The Happiness Advantage”, that spending as little as 20 minutes outside in a good weather not only boosts positive mood, but also broadens thinking and improves the working memory.

Another study from The London School of Economics and Political Science also supports this claim. It mentioned that being outdoors, near the sea, on a warm, sunny weekend afternoon is the perfect spot for most. In fact, the participants of the study were found to be substantially happier outdoors in all natural environments than they were in urban environments.

If you wonder what’s the best temperature that maximizes our happiness, you will be amazed that a research by the American Meteorological Society found that happiness is maximized at 13.9°C.

6. Help others for two hours per week

You might be surprised to hear this, but spending money on other people (also called “prosocial spending”) boost happiness more than buying things for ourselves.

“Participants assigned to recall a purchase made for someone else reported feeling significantly happier immediately after this recollection; most importantly, the happier participants felt, the more likely they were to choose to spend a windfall on someone else in the near future. Thus, by providing initial evidence for a positive feedback loop between prosocial spending and well-being, these data offer one potential path to sustainable happiness: prosocial spending increases happiness which in turn encourages prosocial spending.”

No wonder most millionaires and billionaires are very active in philanthropy. Philanthropy has been proven to increase happiness.

Helping others does not always mean you need to spend money; you can also spend your time (for example via volunteering). Here’s a study in Zurich, Switzerland that supports the notion that volunteering is rewarding in terms of higher life satisfaction.

So, how much time should you spend helping others? Buffer Blog has concluded that 100 hours per year (or two hours per week) is the optimal time we should dedicate to helping others, in order to enrich our lives and be happier.

You might have heard that meditation is very important. The truth is, yes, meditation helps you improve focus, clarity, attention span,  calmness, and, you guessed it right, your happiness.

A research team from Massachusetts General Hospital looked at the brain scans of 16 people before and after they participated in an eight-week course in mindfulness meditation. This study concluded that after completing the course, parts of the participants’ brains associated with compassion and self-awareness grew, and parts associated with stress shrank.

So, what are you waiting for? Start meditating now and you will live a happier life.

Gratitude is the act of being thankful for simple things in our life. Practicing gratitude has been proven to increase happiness. There’s a study from Journal of Personality and Social Psychology that suggests that a conscious focus on blessings (in other words: practicing gratitude) have emotional and interpersonal benefits. So, be grateful of the every little thing in your life, because there are a lot more people that are not as fortunate as you.

9. Spend money on experience, not things

Everyone knows that money can’t buy happiness per se, but if you’re going to spend money in search of satisfaction, splurge on an experience, not an expensive toy. A study in Psychological Science found that those who tended to spend their money on doing, as opposed to having, were better off in the long run. This effect was chalked up to the perceived superiority of anticipating an experience (like a trip) to anticipating owning an object (like shoes).

10. Practice Your Spirituality Or Faith

Though religion alone isn’t a great predictor of happiness, a study published in Frontiers In Psychology found that those who actively practiced their faith were happier than both those who had a religion but didn’t practice, and those who were non-religious. This isn’t to say that you have to be religious to be happy, but if you DO have theological inclinations, you may want to make spirituality a habit.

An epic Harvard study about happiness that was conducted for a time period of more than 75 years (it is called Harvard Grant Study) has concluded: “Love is really all that matters for humans to be happy”. Similarly, the 10 happiness hacks mentioned above in this article pretty much have a single common theme: “LOVE”. Love the Universe (God), love other humans, and most importantly love yourself.

As a health coach I personally think loving yourself is one of the most forgotten things in today’s society. Many people have been neglecting their own body, mainly by eating food that is deficient in key nutrition and not making exercise a habit.

I believe that we all want to have a healthy body, a “dream body”. Some of us might have tried to achieve it, but got no results. The key reason on why we failed is because we have been focusing on the wrong stuff all along. We didn’t focus enough on behavioral and psychological science. We all know that our life is shaped by our habits, and yet we are neglecting them.

You are fully in control of your own habits, your own body, and your own life. Use the information above as a guide to live a happier and more fulfilling life.

Continue Reading
You may also like...
Related Topics:bluecore inside, Featured, happiness, inspiration