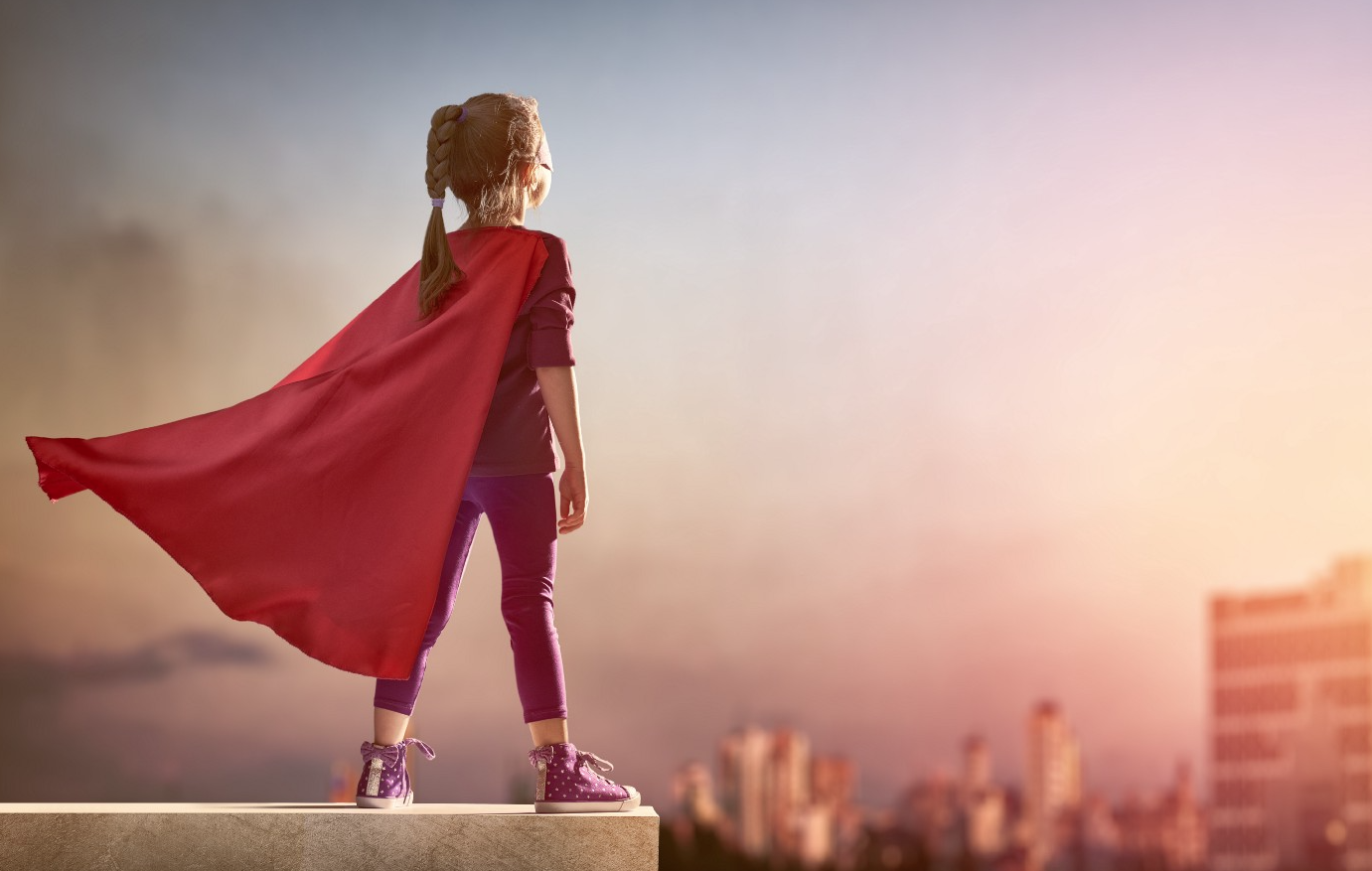 When I was seven years old, I got the greatest Christmas gift ever. As I tore away the crisp, Santa-Claus-decorated paper, it revealed the most perfect present: a Batman costume, complete with belt and shoes. I ran, I jumped, I rolled, I climbed, I hid and I saved everyone in the house from all the dangers that the holiday season could bring. It was one of the best days of my life.

Ever since that day, I’ve been fixated on comic books and superheroes, their place as Modern Mythology, and all the ideals they bring: saving lives, fighting crime and making the world a better place.

As an adult, I realize I actually have the power to be a superhero. I may not be able to fly, grow claws or regenerate my limbs — but I can make a difference to someone’s life.

We all have the power to be a superhero to someone, even if we don’t have the spandex to go with it. Here are five ways you can be a real life superhero:

1. Use the Things You Have to Help Someone Without Them

Want to be a true superhero? This is the most important step. At its foundation, a superhero uses the things that they have to help those who don’t have them.

Batman used his supreme wealth to keep the citizens of Gotham safe. The Green Lantern uses his immense powers to save multiple universes on a daily basis, and Spiderman uses his web-slinging awesomeness to keep the people of New York safe.

Think about what it is that you can give that nobody else can.

It could be your support, time, mentorship, a small gift or a thank-you card. Sometimes, even just the most innocuous social media message can bring someone out of the darkness and into the light.

It’s something that you have to give that can help another.

Stuck? Why not look at Kickstarter for ideas — or just simply pay someone a compliment?

You can’t be a superhero and not take at least take some care of your body. Unless you’re like Bruce Banner, and can transform into Lou Ferrigno when you spill the table salt, it’s a good idea to invest in your body.

Be proactive in looking after your body, and helping people will become easier. You will have clarity of mind, energy to accomplish any task and the strength to move whatever obstacles get in your way. It also means you look completely bad-ass if the chance to wear spandex ever comes around.

You don’t need to look like Thor, or have the abdominals of Wonder Woman to be a superhero for somebody. But investing in a gym membership or a pair of running shoes could be the difference between you being able to help someone or not.

Every superhero has a battle. Something that drives them to be the person they are. That gives them not just a want to help people, but a reason why.

Batman and Spiderman both fought to protect other people’s families from the injustices that happened to their own. Captain America fought to be the soldier he was told he would never be and Charles Xavier fought for his belief in the mutant race.

It could be anything from blogging on the failures of the education system, or working towards helping reduce the number of homeless veterans on the street. The fight does not need to be big, but it needs to be powerful. It needs to drive you to get out of bed, do something and help people, even if it’s as niche as helping people weed their gardens effectively.

Can’t think? Try to picture what it is you feel is wrong with the world, or your hobby or your profession. When you find something that lights a fire in you, you’ve found your fight.

Then, try to sum it up in five words.

Real life superheroes go out of their way to improve the lives of all the people they encounter. They want to do whatever it is they can to turn someone’s bad day into a good one.

Thankfully, most bad days in the real world don’t involve someone trying to blow up the city, hold you hostage on a boat or creating a mutant army to band together and eradicate your species, so don’t worry about that.

But what small gesture, piece of help or amount of time can you give to someone to improve their lives?

You can’t make everyone’s day, every day of the week, but try to go out of your way to absolutely make someone’s day every once in a while. The Avengers will thank you for it.

Superheroes can be labeled many things, but pessimistic isn’t one of them. They retain a clear sense of optimism and a will to succeed regardless of whatever is thrown their way. Even if there are no odds stacked in their favor.

Even when there were only 10 mutants left on the face of the Earth, Charles Xavier never indulged the thought of extinction. Through the fears, the doubts and unevenly stacked armies, he kept his faith in his beliefs and what he was trying to achieve.

Your optimism, hopes and beliefs will be challenged, but stay true to your course. Being as optimistic as possible will not only help you see it out to the end, but give strength to those around you.

Their fight transcends credit and accolades, but comes from deep within. Batman never hangs around for press interviews and Spiderman has swung off in to the distance before the first thank you has even been uttered.

The world loves Spiderman, but Peter Parker is nothing more to New Yorkers than an orphan living in a one-person bedsit. For the person behind the mask, there is nothing more than a sense of satisfaction for helping someone.

Now, which superhero will you be?

Continue Reading
You may also like...
Related Topics:bluecore inside, Featured, Sophat Chann, superhero

How to Grow a Successful Business

30 Signs Of True Love in a Relationship